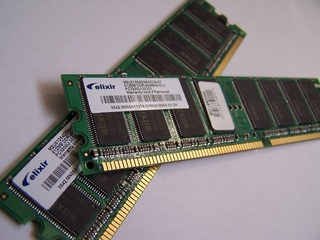 Hello there, in this article we will discuss what is ram and its function and types. RAM is one of the most important components of a computer.

A Random Access Memory (RAM) is also known as main memory, system memory, and primary memory. RAM is an important component of a computer.

It allows a computer to store and fetch information. As information is accessed randomly unlike CDs and Hard drive, access time is much faster.

RAM is a volatile memory and it requires power to keep up the data. When the computer is turned off then all the data of the RAM is lost.

This type of RAM is expensive, but is faster and requires less dynamic power than DRAM. In modern computers, SRAM is mainly used as a cache memory of the CPU.

DRAM stores data using a pair of transistors and capacitors. Since this type of memory is less expensive than SRAM, it is used as system memory in modern computers.

Both SRAM and DRAM are volatile, hence the data form them are lost when power is removed.

Why can’t we use Hard Drives as RAM?

So why we can not use hard drives as RAM for the computer? Due to the sequential storage of data in hard drives they are slow.

While in RAM data is stored randomly which makes it way faster. Since temporary data are created and destroyed very frequently, it is required to have a fast device to do this process.

So due to the slow operation of hard drives, it is not possible to store the processing data in it and it can not be used as RAM.

Other uses of RAM

In addition to serving as temporary storage and working space for the operating system and applications, RAM is employed in various other ways.

Most of the operating system allows a method of extending RAM capacity known as virtual memory. In this process, the portion of the computer’s hard disk is set for a paging file or a scratch.

Excessive use of this mechanism ends up in thrashing and usually hampers system performance because hard drives are way slower than RAM.

The software can partition a part of the computer’s RAM which allows it to act as a fast hard drive is a RAM disk.

If memory is not arranged to have a standby battery source then the RAM disk loses the stored data when the computer shuts down.

Sometimes the contents of the slow ROM chips are copied to RAM, to allow for shorter access time. This process is known as shadowing. It is very common in modern computers.

A computer’s RAM stores data for a short time. RAM works together with the hard drive, which deals with the long term storage.

It provides quick access to the files and information that the computer is currently reading and writing. Unlike a hard disk, data is erased from the RAM when the computer is powered off.

So depending upon its properties like this, its basic functions are:

Hard drives can store a huge number of data but as compared to RAM it is very slow.

Accessing the files from hard drive requires to move its mechanical read/write head back and forth and to wait for the spinning disk to spin into the correct position.

RAM has no moving parts so the files load faster than hard drives.

RAM also stores the data that programs are currently using. These data are not needed to be stored permanently. Due to the high speed of the RAM, data storing and fetching are very fast, so the programs run quickly.

RAM is one of the most important components of a computer. It is a fast memory used to stores currently used data.

There are two types of RAM: Static RAM (SRAM) and Dynamic RAM (DRAM). SRAM is used as cache memory in CPU while DRAM is used as a system memory.

There are basically two functions of RAM: Reading files and Temporary storage.

I hope you liked this article about RAM and its function and types. If you find this article worth reading then don’t forget to share it with your friends.